Requirements for carrying and wearing lifejackets vary depending on the type of vessel being used. 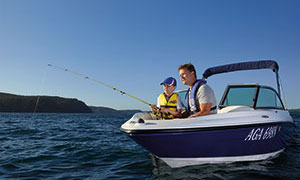 Requirements for wearing lifejackets are outlined here and are summarised in the following table.

* The above table is a summary only. For full details, see Marine Safety Regulations.

* Penalties apply for not carrying the required number of lifejackets and for not wearing a lifejacket when required.

*For more information on the lifejacket laws, see our FAQs.

Your lifejacket must comply with:

A recognised appraiser includes any of the following:

The following lifejacket standards have been superseded. Lifejackets carrying these standards will continue to be recognised as acceptable where the lifejacket is in good working order, existed and was in use prior to the commencement of the Marine Safety Regulation 2016 (7 October 2016).

For more information on the lifejacket standards, see our FAQs.